Things You Wish Your Boyfriend Would Stop Doing

ZhullyThings You Wish Your Boyfriend Would Stop Doing 0 Comment 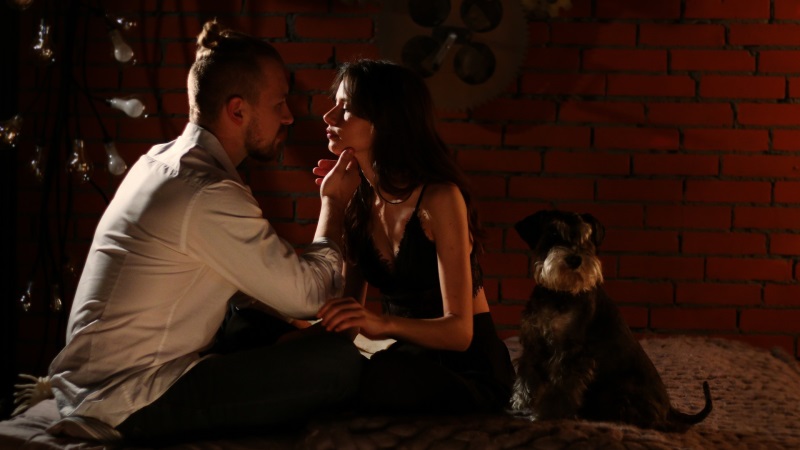 We love our boyfriends — we love them so much. But sometimes we just don’t like them. There are a lot of things that can get on a woman’s nerves, and these are things we just wish our men would stop doing!

I feel like fantasy sports has ruined pride in the sports community. It seems like fantasy participants don’t root for their team anymore, but for the roster of their fantasy team. Anyways, boyfriends have become obsessed with their teams which takes dozens of hours online, mixed with ridiculous group texts and extra time sucked into their cell phone. I’m over here, honey.

Farting In Front Of Me

It’s lovely that we’re so free and open with each other, but just because you feel open enough with me to do it doesn’t mean you should.

Making Fun Of My Shows

I understand you don’t like ‘Pretty Little Liars’ and ‘The Real Housewives’, but I don’t like the Redzone channel for 12 hours on Sunday or ‘Buying Alaska’. You don’t hear me complaining about it to you, do you? So leave my housewives alone.

I don’t know where the cliche came from that men are always big spoon. In every picture, movie and television show, the man is always spooning the woman in bed. This is false. Every girlfriend knows she is the big spoon and her man is little spoon. Men turn into little babies when it comes to cuddling. Man up and hold me.

Always Wanting It In The Morning

Guys get morning wood. We get it. Unfortunately for you there is no such thing as morning moist. We don’t want it that bad in the morning. Sorry Charlie, you could at least brush your teeth before trying though.

Being Lazy Around the House

I’m a little more traditional than most women, and I feel like women should keep the house clean. I don’t expect anyone to share the same values as me when it comes to that. However, when I have to keep picking up your socks every day and finding clothes draped over the kitchen chairs, I might lose my cool. Just do the bare minimum, that’s all I ask.

Not Refilling the Toilet Paper

What is it with men and the toilet paper roll? We have to use it no matter what we’re doing in there; you only have to use it for No. 2. Maybe they feel like we need it more so it’s our responsibility. Men are the kings of getting a new roll and just sitting it on top. Come on, man; just pop the spring loaded bar out and slide it on. You should be familiar with that. Get more information on this website.

Telling Me What He Thinks I Want To Hear

Let me tell you guys, we know when you’re telling us BS. When we just woke up and have last night’s mascara caked under our eyes with our stank breath and ratchet hair and you tell us we look beautiful… please. I’d rather you tell me I look rough and laugh with me about it. We know we look like crap. This goes all across the board too, like saying you don’t like strip clubs, or you liked the new salmon dinner we cooked. Be honest, honey; we’ll appreciate it.

Namely downtown. Men complain that women don’t give oral enough, but maybe there’s a reason for it, sweet cheeks. Keep it together down there, as well as nose, neck, ear, back and chest hair. Would you like it if we didn’t maintain our hair?

Men can go a really long time without responding to a phone call or text message. But god forbid you don’t respond to him immediately and he gets all whiny and keeps texting and calling you asking where you are. Men are more needy than they like to admit.

Not Caring About Holidays

Anniversaries aren’t for you, they’re for us. Men think of anniversaries as just another day of the year. We think of it as a milestone and a celebration of our relationship. Just because you don’t have feelings about something, doesn’t mean we don’t. I don’t care about Sundays during football season, but I continually cook an abundance of food for your 10-plus friends who come over because it means something to you. Let’s reciprocate shall we? This goes for birthdays and religious holidays as well.

Putting The Seat Down

I’m going to champion for men on this one. You don’t need to put the seat down for me. If you have to lift it up to go, it’s the same amount of effort that I would need to exert to pull it down to go. It doesn’t make any sense. This is just something women want control over and it has no merit. Leave the seat up, honey bunch.

Why do men act like total pussies when they have an illness? They drag on and whine and beg for you to take care of them. Take some NyQuil and some vitamin C and shut up already.

I can’t carry on a conversation with you on the couch when your cupping yourself. I don’t know what it’s like to have that junk so maybe I don’t understand, but it’s pretty gross when you’re constantly grabbing at your sweaty business.

I mean, he doesn’t propose every single day. Isn’t that a little bit excessive? Maybe he’s not proposing because I just nagged 14 things that annoy me about him. Hmm.